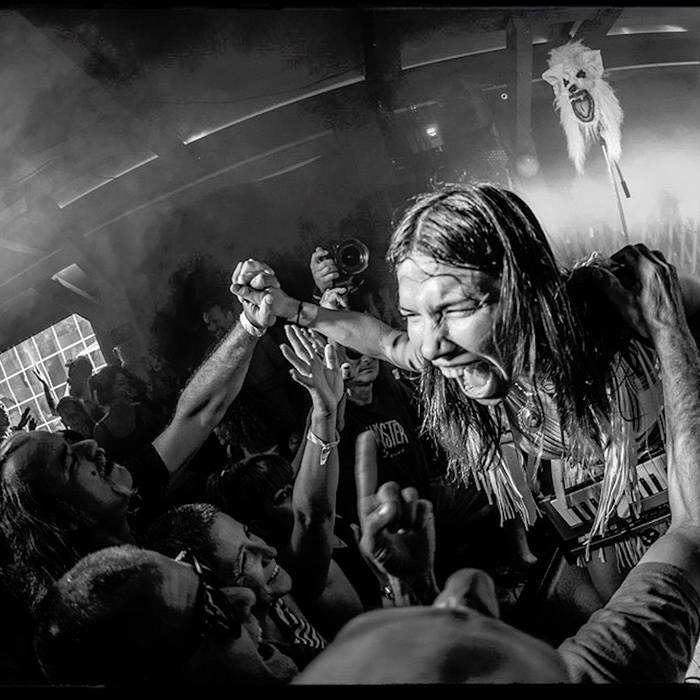 "MUNSTER RAVING LOONY PARTY is a Garage Punk and Rock & Roll festival next to the beach close to Tarragona and Barcelona held at an amazing Bungalow & Camping Resort where all the bands, DJs, and hundreds of Munster Raving Loony people live together all weekend! ITS MAD!

Some people say it's like being on a big family holiday, you get music, sun (hopefully) sea, beach, pool, bungalows, and meet old friends and make many new friends from all over Europe. Munster is probably the most international party you will ever go to and we all live together just for the weekend in wooden bungalows, vans, tents, cars, caravans.

Each night there are around 4 international bands and a bunch of Djs (All Girl DJ Crew). In the daytime there are pool partys at the beautiful on site swimming pool and also outdoor concerts outside the main Marquee area. There are usually other fun things happening like Side Shows and One Man Band shows etc

The Main area is made up of a large indoor marquee where most of the bands play with a large outdoor area where you'll find merch and food on sale. Opposit this is a big bar/restaurant where you can buy food and drinks and sit outside on the veranda. At night this turns into the "BAR 'O' TEK where the All Girl Dj Crew spin records. This year there will be two DJ areas, we will keep the band marquee open for dancing and drinking and eating from the BBQ!

Late Late at night there usually are a big group of people that head to the beach for an unnofficial Munster Beach party!

Munster always try to book as many female musicians and djs as possible in this male dominated world of ours so don't be scared if you see more women than men at this weekend!"