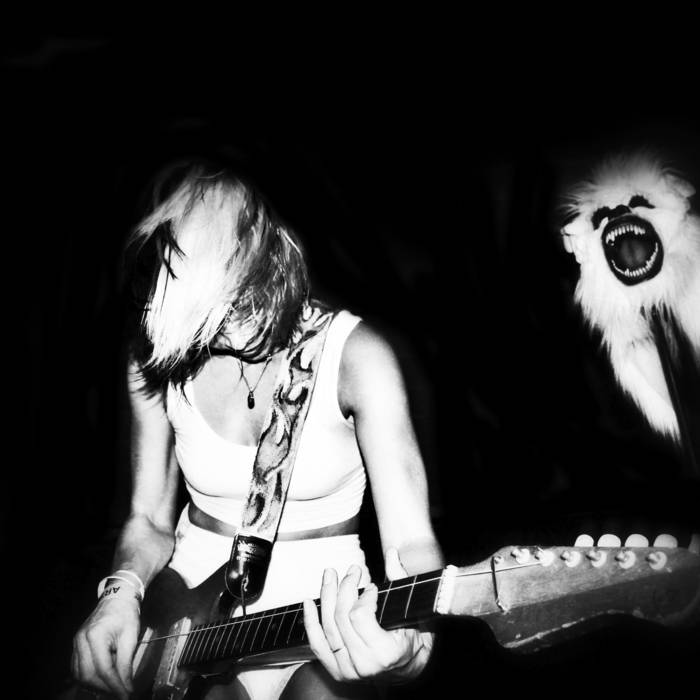 "THE CRAMPS FROM THE CRYPT MEET UP WITH THE RAMONES AND TAKE ALL THE COCAINE HASIL ADKINS LEFT ON THE FLOOR"
---------------
Austin based duo The Ghost Wolves met in 2011 at a Texas music festival and have been an inseparable force ever since. To Carley (guitar, vocals) and Jonny (drums, keys, vocals), their style is an expression of complete creative freedom.

Their sound combines elements of punk rock, delta blues, garage, pop, noise, electro, and death-western, their live show having been described by one eloquent fan as "The Cramps meeting up with The Ramones and taking all the cocaine Hasil Adkins left on the floor."

Since their beginnings in an Austin living room rehearsal space, the band has worked daily on their art together. They have toured almost constantly - playing nearly 1000 shows in 15 countries across the world and almost every US state. In 2014 they traveled to Tokyo, Japan at the invitation of cult Japanese fashion line Hysteric Glamour, where they performed for a sold out crowd at the brand's 30th anniversary celebration. In 2016, platinum selling Finish goth-rockers The 69 Eyes brought them to Europe to be the opener on their "Universal Monsters" tour, exposing the young Texans to their largest audiences to date. The band has also had several placements in the film and TV licensing world - their music being featured in movies and shows by Netflix, HBO, MTV, Showtime, and Alamo Drafthouse, among others. Recently, Carley kicked off her acting career when she was invited by Noel Wells (Masters of None, SNL) to be a supporting actor in her new feature length movie "Bury The Cat."

A one string guitar lays the foundation of their second full length album, TEXA$ PLATINUM. Produced by Mike McCarthy (Trail Of Dead, Spoon) in Austin, Texas, this sophomore release captures the duo rapidly expanding their musical horizons.The record is both explosive and mysterious, the band shifting gears effortlessly between bombastic riffs, scratchy acoustic cuts and slow-burning grooves. The 14 track LP will be available on German label Hound Gawd! records in February 2017.