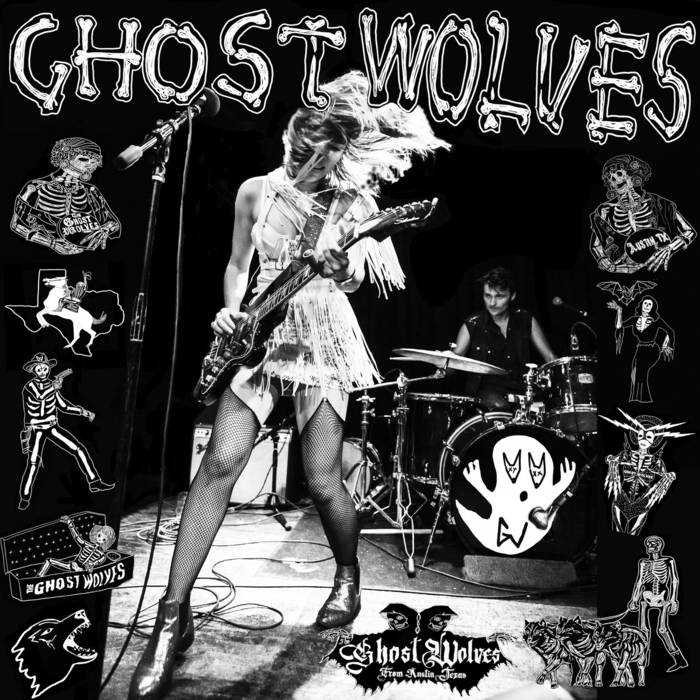 stracciatella The wolves gather round / a crooked sound / like the drums that are beat / That's I am here for Favorite track: Crooked Cop.

Third Man Records is excited to release the newest songs from Austin, TX’s Ghost Wolves. Formed in 2011 and hardly taking time to sit since then, the Ghost Wolves create, record and tour at a rapid clip.

Blending rock n' roll, punk rock, garage and blues with electronic elements, the duo has earned a reputation as one of the hardest working bands in the modern rock n’ roll underground, touring internationally for almost 8 years straight, with nearly 1000 shows between them in 23+ countries including most of western Europe, the USA, U.K. and Japan.

The duo recorded these three new tracks in early 2019 with engineer/producer John Michael Schoepf (bassist for Ray Wylie Hubbard, Night Glitter) in his Austin living room studio. The recording took place during a very dark time for Carley and Jonny, who have been married for 7 years. Jonny’s father received a terminal cancer diagnosis in late 2018. These songs came together while Jonny was tending to his father in Connecticut, with Carley sending demo songs to him from Texas. When his father stabilized somewhat, Jonny returned to Austin to take a break and they both therapeutically recorded these songs. As can be heard, these recordings are darker, more intimate and more pressing than previous material.

Songs by Carley and Jonny Wolf